Our new album is here!!!
All I Want for Christmas is... Swing! 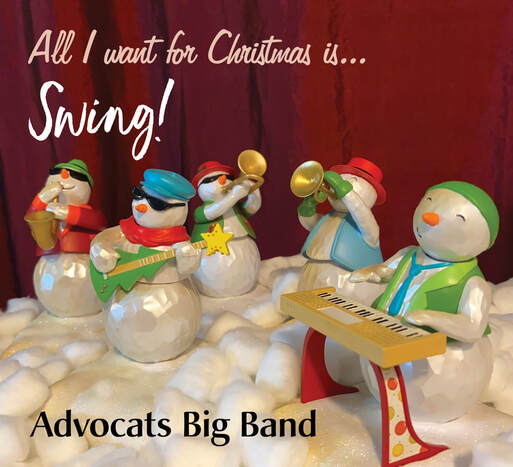 ​The Advocats Big Band, originally assembled in 1991 by a group of young lawyers to perform at a Toronto fundraiser, includes many top professional musicians and music educators whose collective experience range from studio, theatre, film and television work to major symphony orchestra, night club and chamber music.

The Advocats have played at many venues throughout Toronto: The Old Mill, The Rex Hotel, the Beaches International Jazz Festival, Eat to the Beat, the Silver Ball, the Sunday Concert Series at the Scarborough Civic Centre and the Sunday Serenades at Mel Lastman Square, and more. For 16 years, we performed on the first Monday of every month, originally at the Chick'n'deli (Seven44 Restaurant & Lounge), and in recent years at The Duke Toronto. These days, you will find us often performing at The Duke Toronto  and Smokeshow BBQ & Brew among other venues.

Our repertoire includes big band classics played by the likes of Count Basie, Duke Ellington, Ella Fitzgerald, Frank Sinatra, and music from modern talents like Michael Bublé, the New York Voices, and Norah Jones. Believe us, the list goes on!

We are so thankful to be bringing live music to our ever-growing following of loyal listeners in Toronto and beyond...

​FIND THE ADVOCATS BIG BAND​ PERFORMING AT THE DUKE LIVE
​IN TORONTO, ON THE FIRST MONDAY OF EVERY MONTH! 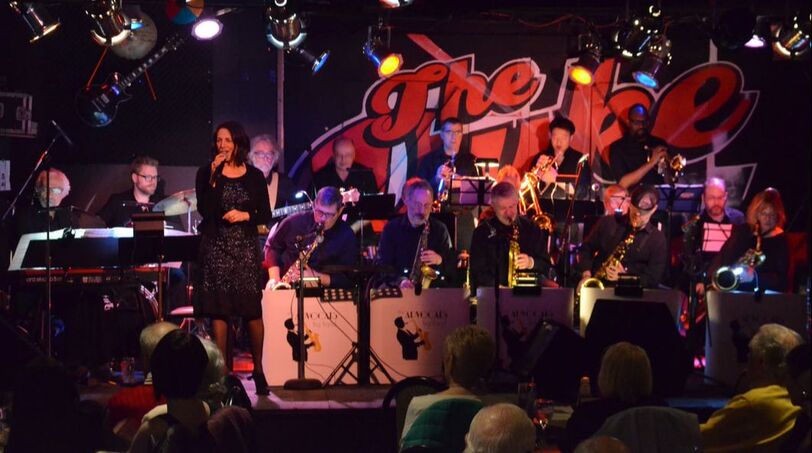 UPCOMING EVENTS
Tweets by @AdvocatsBigBand
FEEDBACK FROM OUR FANS...

"Family and friends of mine have been following the big band Advocats and their outstanding lead singer Nina Richmond for many happy years. We always come away from their concerts with that feel-good glow generated by an evening of great old standards and modern, uplifting hits. Hey, even the young kids get a kick out of their orchestrations and have been seen heading for the dance floor. Can't wait till the next gig."
G.H.

"What can I say . . . the Advocats . . . this band, along with wonderful songbird Nina Richmond never ceases to amaze the crowd & what a CROWD they had last night at the Duke Live. Packed house. I'm sure people must have been sitting on the pool tables. It was wonderful! Well deserved appreciation for a night of Ella Fitzgerald. Thank you to all of you from all of us."
L.K.
MORE REVIEWS